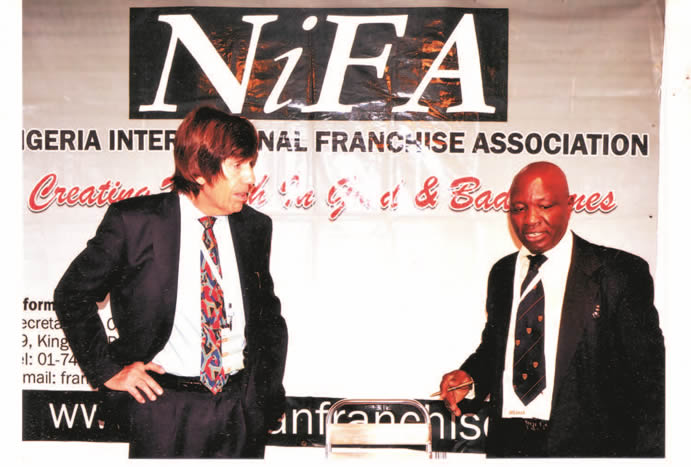 As announced in the July 2015 edition of the FASA Newsletter, the first annual SME and Franchising Nigeria Exhibition and Congress was presented last December. Probably because this was a new initiative, exhibitor participation was low yet visitor numbers were outstanding. Kurt Illetschko attended the event and compiled the following report.

The event which extended over two days was presented at the Eko Hotel and Convention Centre located on Victoria Island, Lagos. As indicated in the opening paragraph, exhibitor participation was somewhat disappointing – 20 companies in all. The apathy shown by local and international franchisors was a big mistake because public interest was overwhelming. Hours before the official opening, when exhibitors were still busy putting finishing touches on their stands, a large queue of visitors had already formed outside the venue and a steady stream of newcomers arrived throughout the two days.

The workshop programme extended over both days as well. Separate presentation rooms were available for presentations on franchising and small business opportunities respectively. The room allocated to franchising had seating for 80 delegates but well over 100 squeezed in. People were they leaning against the walls and sitting on the floor, some even spilled over onto the staircase leading up to the venue. The organisers were forced to place an extra loudspeaker to accommodate them.

The topics I was asked to present were Why should you invest in a franchise? and How do you determine a successful franchise? For some unfathomable reason, my suggestion to offer a presentation on the franchising scene in South Africa was turned down by the organisers but as it so happened I had the last laugh. At Q & A time, at least 75% of the questions raised from the floor revolved around franchise opportunities in South Africa. Some delegates expressed strong interest in the acquisition of master licences. I had no wish to become involved but referred them to the FASA website.

Although my stay was short, I gained the distinct impression that vast untapped potential exists. Population exceeds 160 million and although a good number of them are poor, they still have to satisfy basic necessities. Gauging from audience questions, franchising is poorly understood but there is an obvious eagerness to learn, and yes, some people seem to have money to invest. Bank and media representatives I spoke to also expressed strong interest in franchising.

Before you book your flight to Lagos to see for yourself, I must caution that doing business in Nigeria does present problems of its own. For example, my presentation was interrupted by not one but two power failures. The Eko hotel is a world-class facility so their generators kicked in within about 40 seconds, still not fast enough to prevent my presentation from crashing. Incredible as it may sound, I actually missed Eskom. And from what I have heard, power failures aren’t the worst problem those wanting to set up businesses in Nigeria will be faced with.

Getting to know NIFA

A highlight of my visit was the opportunity to meet with Olayinka Babalola, the affable Executive Secretary of the Nigerian International Franchise Association (NIFA). He provided me with valuable insights into the state of franchising in Nigeria and the workings of NIFA. The association operates under the umbrella of NOTAP (the National Office for Technology Acquisition and Promotion in Nigeria) and is trying very hard to promote franchising. But although government recognises the role franchising can play in the development of small business, as shown by its sponsorship of the expo, progress is slow.

Olayinka indicated a strong interest in attending the next meeting of the Pan African Franchise Federation which will take place in tandem with the IFE 2016. Should his visit materialise it would give interested FASA members an opportunity to meet with him and hear first-hand what’s what. Watch the FASA Newsletter for details. 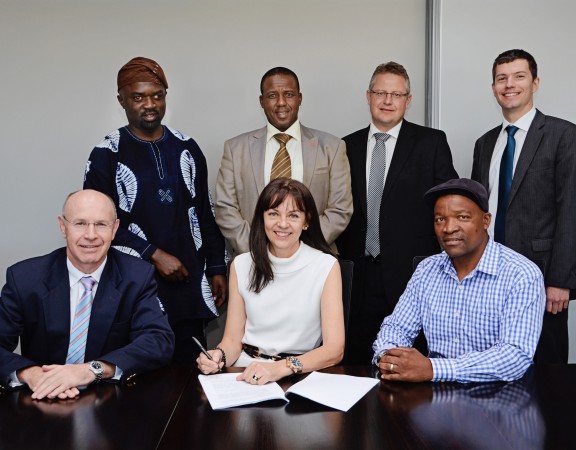